Several years ago I released an Android app called Commons which aimed to make it easier to keep up-to-date with UK politics. It looked nice and made a lot of data readable and easy to access... but outside of the time I spent developing it, I never actually used it. It was ultimately an encyclopaedia which failed to make its content engaging.

It also suffered from a very basic backend which required a lot of manual intervention to update.

I still believe the idea behind the app is a good one so last year I started to work on a remake - the primary goals being:

More recently I have started to write the new Android client. I am very much still in the early stages of figuring out the UI - the overall navigation structure, how to display various datasets, general layout - but most of the actual functionality is there! 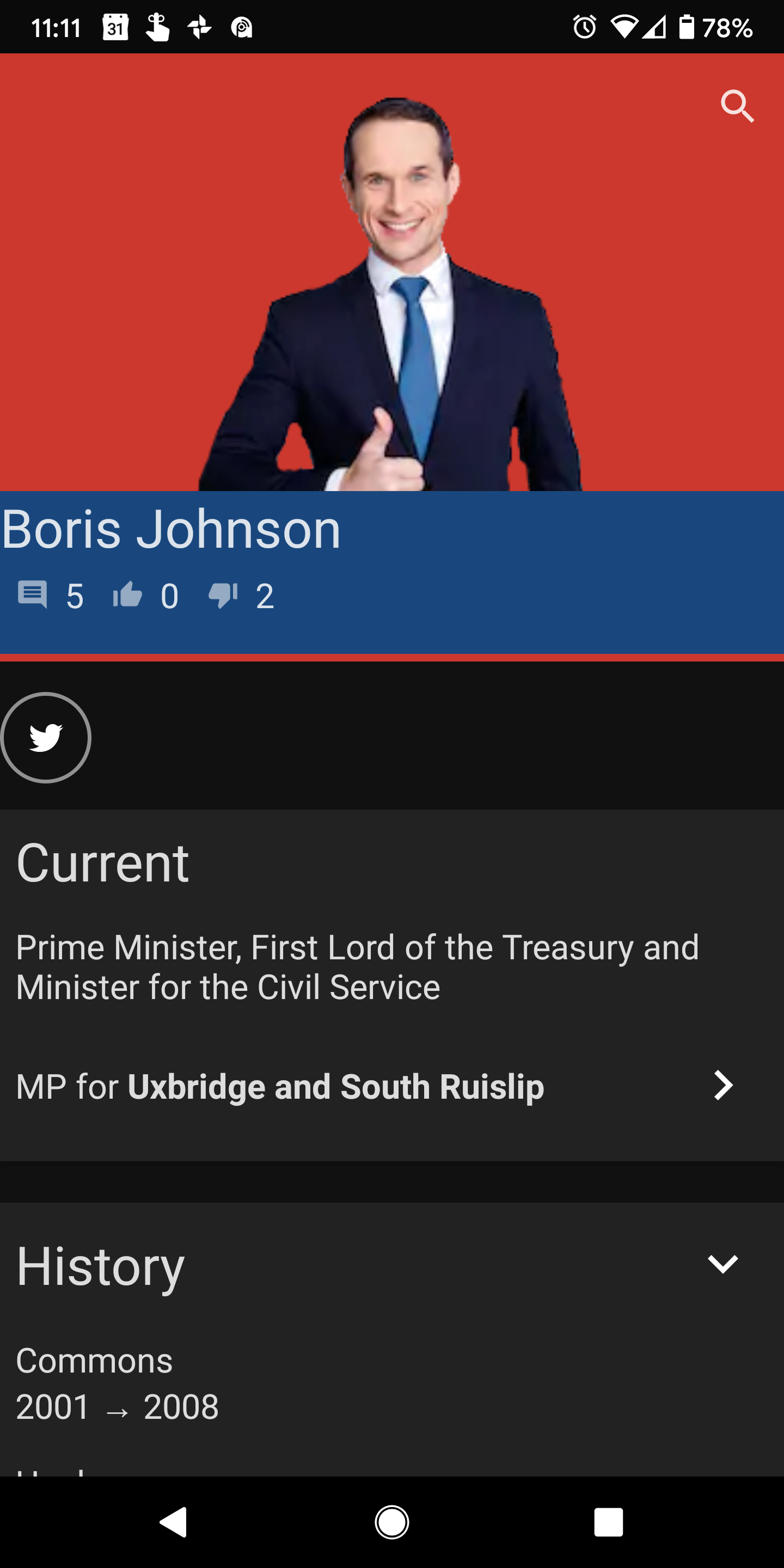 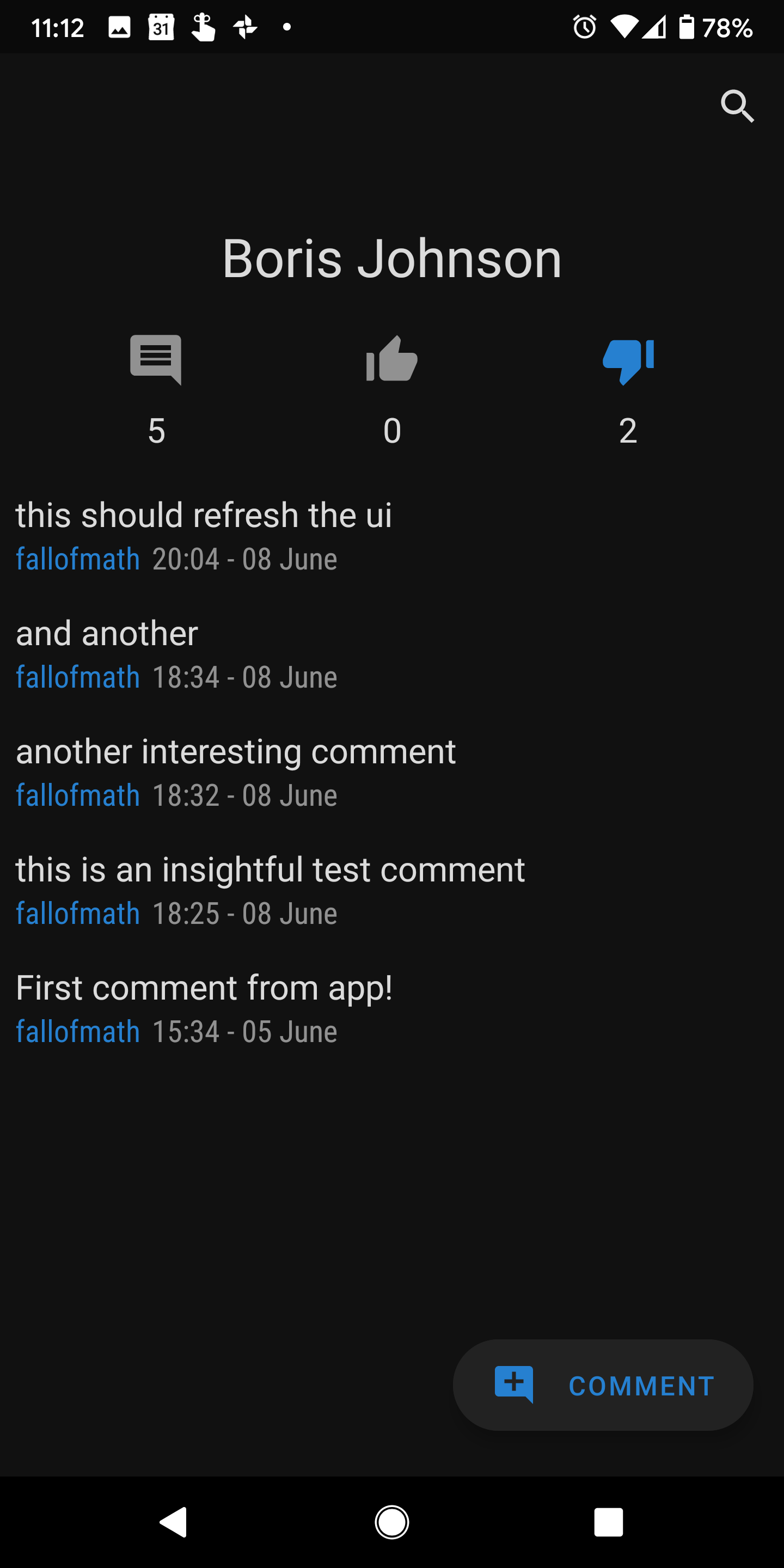