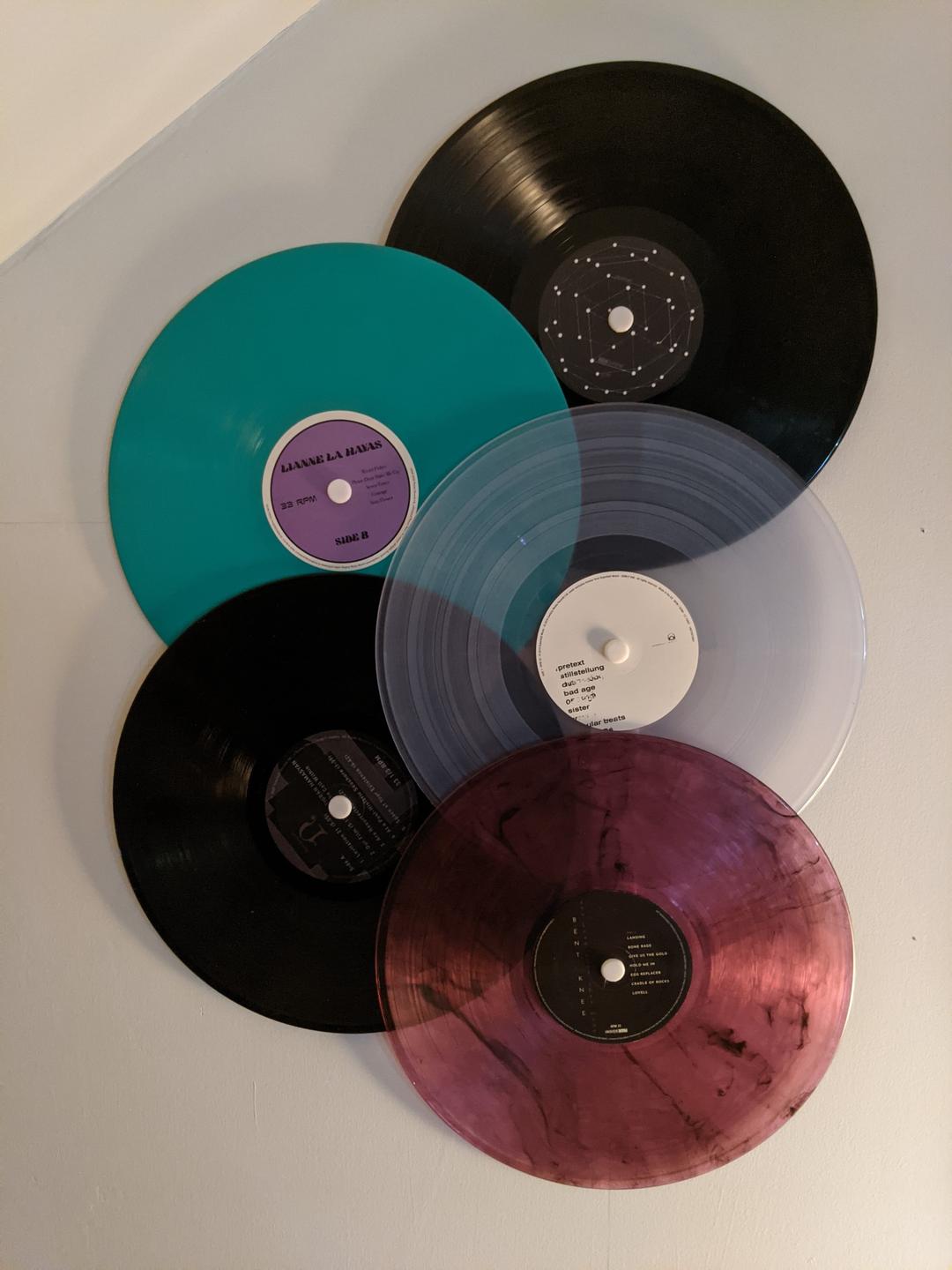 I don't have a record player but I have a small collection that I bought to support a few favourite artists. They're nice objects and some of them have interesting designs but they've all just been crammed on a shelf.

I recently got a 3D printer - an FLSUN Q5 - and decided to get some of them out into the light. It's been a while since I used CAD software but Fusion 360 works much the same as AutoCAD did in 2004(!) so it didn't take long to get the first version modelled. The arms needed to be a little longer than my printer is capable of so I had to split them in two parts that clip together. I also iterated a few times on the small part that the records actually sit on - I settled on a hollow post with a separate push-on cap which keeps the record from falling off.

It's a little more complicated than it really needed to be but I'm pretty happy with how it turned out - and it's very satisfying to have an idea and have it materialise in front of you!